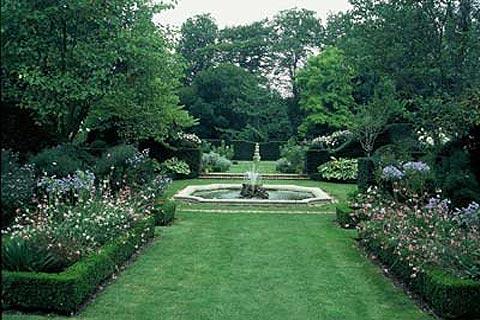 The Jardins du Grand Courtoiseau are situated in Triqueres in the Loiret department of Central France.

The gardens were the winner of the fourth prize in the  "Best Park in France 2005 competition", and third prize in 2004.

This garden was also a prize winner in the 1993 French Horticultural Society awards, won the 2005 "Cour de Coeur" by Horticultural Garden Reporters and was nominated a "Jardin Remarquable" in 2004.

This garden covers about 6 acres and has a series of gardens within it. The main colours used are blue, yellow and pink.

Like many French gardens topiary is used to stunning effect. In the fawn garden (le jardin du faune) yew hedges are shaped and cut to enclose the garden in lots of compartments and these are then filled with English roses, alliums, agapanthus and lots more. The overall effect is a stunning, modern outlook on the traditional French-style garden.

Like many of the most successfull gardens the overwhelming colour is green with other colours standing out jewel-bright against the rich backdrop.

As well as the fawn garden (named after a statue of a fawn), there is a wolf garden, so named for the fountain head which is a stone wolf's head. This garden is packed with hostas (one of my personal favourites).

Former moats on either side of the manor house have been turned into gardens. One is the Italien garden which features a series of diamond shaped ponds planted with hostas, iris, ferns, euphorbia and ligularias. Another moat contains the exotic garden, home to bamboos, hydrangeas, viburnum and lots of plants with impressive leaf shapes.

A well covered in roses provides a key feature of the well garden which also has borders packed with roses and lots of perennial plants.

The garden is open from 1st May to 31 October 14h30 to 18h00 everyday except Monday, Tuesday and Wednesday (unless these are public holidays). On Sundays and public holidays you can take a guided tour at 15h00.

This garden is situated about an hour and a half south of Paris, to the east of Chartres and Orleans.

Gardens to Visit Nearby

Also in the Loiret department is the Arboretum des Barres which is particularly worth visiting in spring and autumn. 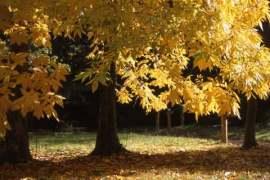 The Arboretum des Barres contains one of the top ten collections of trees in the world! 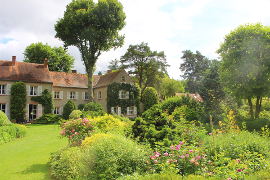 The Arboretum des Grandes Bruyeres is a beautiful park and garden with the National Collection of many trees. 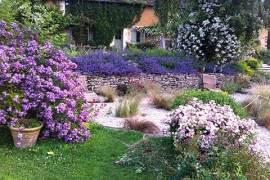 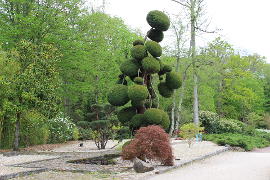 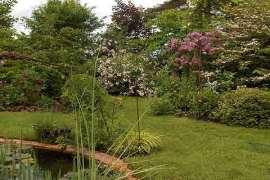 The Jardin de Chantal et Alain is a prize winning garden in an English style with lots of roses and viburnums. 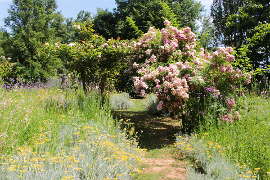 The Jardins de Roquelin is a pretty rose garden particularly worth visiting in June when the roses are in flower.